For all intents and purposes, you are reminded that MIMCO Asset Management is a subsidiary of the MIMCO Capital group and that they are two different entities.

MIMCO Capital is a non-regulated company under Luxembourg law which offers the investment solutions Mercureim EF1, Everest One, BUILDIM 19 and OCITY. Its funds are reserved exclusively for professional investors within the meaning of Directive 2014/65/EU - MiFID II. MIMCO Asset Management was born from the development of MIMCO Capital in France. It is a management company under French law regulated by the AMF under the approval number GP-21000018, which manages the MIMCO Grand-Ducal and MIMCO Revitalize funds. By reference to article L. 214-144 of the Monetary and Financial Code, its current and future funds are exclusively reserved for professional and professional-like investors in France who meet the conditions of Article 423-27-1 of the AMF's General Regulations, i.e. those likely to invest at least EUR 100.000.

The entire contents of this website are provided for informational purposes only and do not constitute an offer or recommendation to buy or sell any financial products or services, or a promise to undertake or solicit any activity, and should not be relied upon in connection with any offer or sale of financial products or services. The information on this site is copyrighted and all rights are reserved. It may not be reproduced, copied or redistributed in whole or in part.

By clicking "Continue", you confirm to MIMCO Capital that you are accessing this site as a professional investor with the knowledge and skills necessary to evaluate the risks associated with investing in financial products and that your use of this site does not violate any applicable laws or regulations. 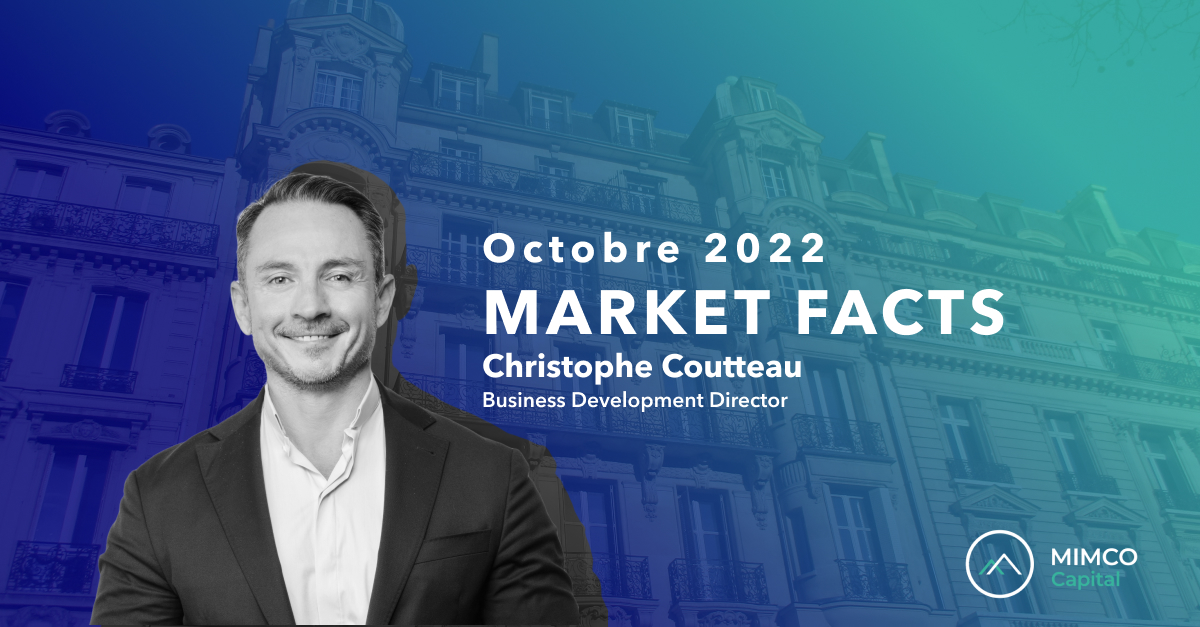 Christophe Coutteau gives us his analysis of the current macro-economic situation.

High inflation in a context of slowing growth

Inflation is expected to remain high in the eurozone over the next few months. It is mostly generated by the rise in energy prices, especially natural gas and electricity. The country most affected is Germany, where a large proportion of energy comes from Russia (55% for gas and 35% for oil).

At the same time, real household wages are contracting at an unprecedented rate, which should continue to affect household consumption. Consumption is falling in several countries, notably Germany and France.

Various strategies are being put in place to deal with this situation. Within the euro zone, the European Commission has suspended the budgetary rules until the end of 2023, allowing Member States to put in place measures to protect consumers and businesses against rising energy prices. To this end, Germany has announced a new plan of aid for purchasing power and businesses for a total amount of 200 billion euros, the fate of which is in the hands of the European Commission.

After Q4 and potentially in H2 2023, growth in the eurozone is expected to stall in H2, with a possible entry into recession by Q4 2022 at the latest, leading to a mechanical downward revision of the 2023 outlook.

With inflation not yet peaking in the Eurozone, the European Central Bank (ECB) is expected to be more aggressive in the near term, with an expected 75bps hike in October and a similar hike before year-end.

However, 10-year yields contracted sharply in June, particularly the bund (all rate), which fell from a peak of 2% to 0.60%. They have recently tightened again with geopolitical tensions, rising electricity and gas prices and ECB statements. However, with more mixed macroeconomic figures, the rise in 10-year rates could slow down.

Q3 with two ECB rate hikes should mark a new episode of rate hikes with a still growth context. However, in Q4, the growth/inflation trade-off should be less favorable, and the ECB could review its copy by slowing down rate hikes and stopping reducing its balance sheet. Mechanically, rates could see a further inflection.

The economic slowdown, the rise in inventories and the fall in freight costs are all elements that should lead to a clear slowdown in commodity prices, a normalization or even a "marked" fall in prices in 2023 depending on the economic slowdown that is emerging.

In conclusion, the persistence of high inflation will force the ECB to raise interest rates sharply by the end of the year. After this round of rate hikes, with an economy that could fall into recession in Q4 in the eurozone, the ECB could signal a shift in its monetary policy in H2 2023. Commodity prices, excluding natural gas and electricity, should continue to normalize or fallin the coming months with a pronounced slowdown in growth and the entry into recession of certain geographical areas.